10 Types of Dress Shoes for Men to Stay in Style

Dressing smart is essential for men in today’s walk of fashion. Be it formal or traditional, they happen to look handsome. But, what adds to their smartness is a pair of shoes that gel well with the dress form adorned. Of course, matching with the tone of the dress is essential as crafting impression is the first choice. Though, it may sound crazy; but, men’s innermost zest always craves for smart shoes. The most stylish thing about men’s shoes is that it adds grace to their appeal and makes them “a man of substance”. Certainly, the best part of having designer shoes in the closet is like being ready on the toes. No matter what kind of dress form is worn, an exclusive pair of shoes with highlighting quality makes them worth appreciating. 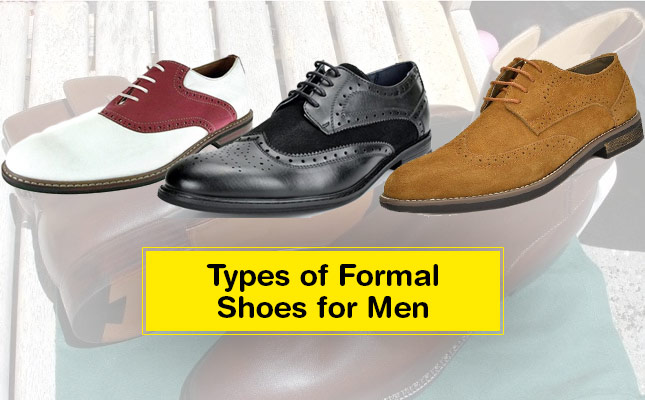 And rightly said; a man’s attitude is absolutely judged by his shoes. So, it is mandatory for men to have a common and exclusive pair of shoes to keep them on toes. The basic factor about having such shoes is that they enable men to be classy and look different from the rest of the people in-crowd.

10 Types of Dress Shoes Every Man Should Own

Also famed as the dress shoe, Oxford originated in Scotland and Ireland with initial existence in the year 1640. Until 1800s, the style did not rise to fame. It further got popular and there was no looking back after it. This type of formal shoe is characterized authentically by shoelace eyelets tabs with the identification mark as “Closed Lacing”; something very classy.

Being plain formal shoes previously, Oxford went to become stylish with the change in trends. Now, they are manufactured marvellously with calf leather, patent leather, faux, canvas and suede. Talking about their fame in United States, they are called Bal-type and are popularized as Richelieu in France. Indeed, the name of Oxford shoes emerged from Oxonion that was a type of half-boot having side slits and prevalent in Oxford University. These were quite a popular shoe type that stormed a revolution for stylish dress shoes.

2. Derby or Blucher or Buck 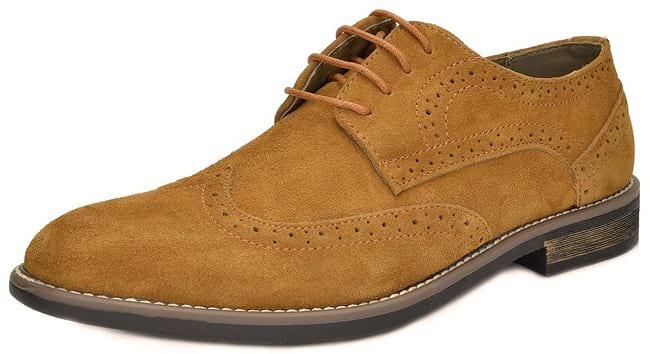 Apart from this, Derby or Blucher is another style of Dress Shoes that makes a big difference to the style statement. Slightly different from its cousin Oxford in the form of opened lace, the Blucher or Buck was named after Prussian General of 19th Century called Gebhard Leberecht von Blücher. It was he, who initiated the shoe design. Ideally characterized by quarters with shoelace eyelets sewn on top of the vamp, this marvelous design of Derby has been famous hunting and sporting shoe in the 1850s. The design is absolutely suave and stylish in touch that lends classy appeal to men wearing them. 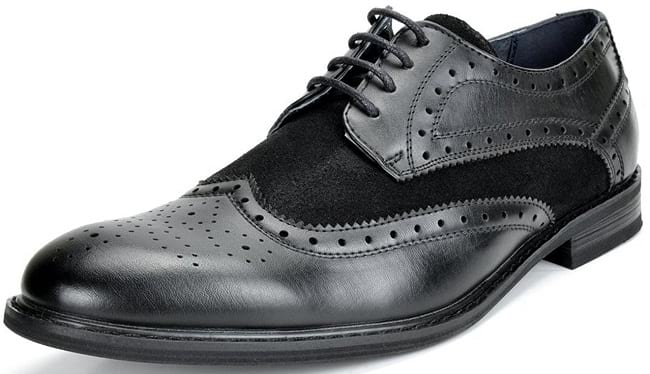 Apart from these ones, Brogue is the other on the list of Formal Dress Shoes with lower heels. In fact, Brogue has been known as one of the most stylish shoes to date. Though, it was designed as a farm shoe; but, soon rose to popularity and entered boardrooms. Characterized aesthetically multiple-piece, leather uppers having decorative perforations and serrations, Brogue shoes have a suave touch to them. With traces gone back to Ireland, the modern-day Brogues are commonly found in four toe cap styles – Wing Tip, Quarter Tip, Semi Tip, and Long Wing. 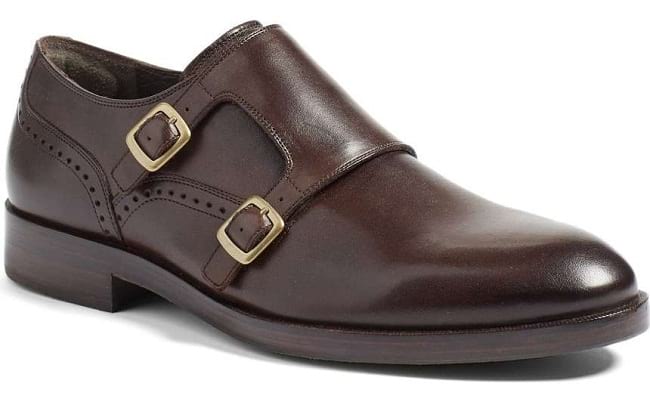 Yet another shoe that epitomizes style at its best is Monk Strap. It was, originally, designed as a soothing option for European Monks. Traditionally, such forms of shoes featured a cap toe to deliver additional guard. Devoid of laces, these shoes are closed through a buckle and strap. It has been exceptionally awarded as the most advanced dress shoe that gained momentum immediately after coming into existence. And of course, it is one of the main categories of shoes in men. 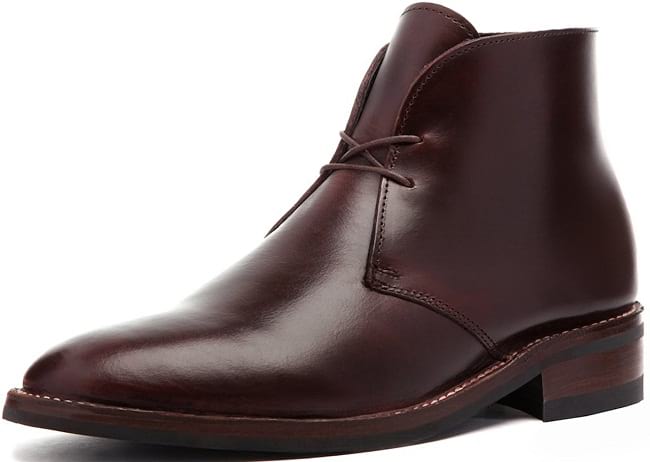 Characterized by ankle-length leather boots, Chukka dress shoes have suede or leather uppers with rubber soles and open lacing. In fact, its name originated from the game Polo that has Chukker as a part of the play. It was, originally worn by British forces in the Western Desert Campaign of World War II as Desert shoes. Considering the popularity of the shoes, it gained momentum between the end times of the 1940s to 1960s. Indeed, these shoes are richly manufactured with suede or calfskin. 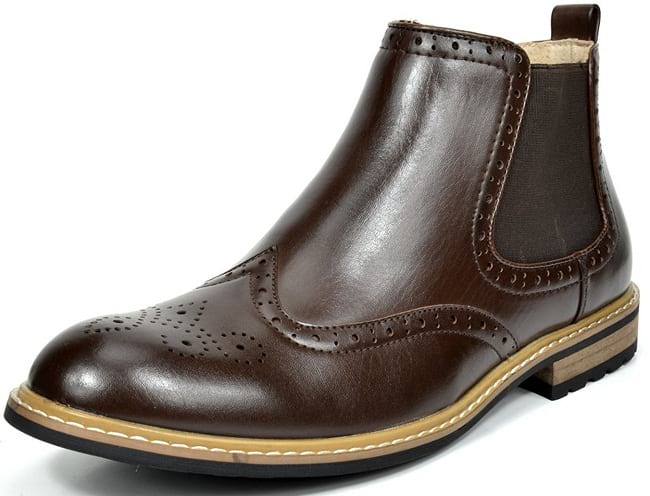 Slated to be the close-fitting shoes with ankle-high length, Chelsea boots come with an elastic side panel. Such shoes possess a loop or tab of fabric on the posterior side of the boot for the purpose of puling on. With a history dating back to the Victorian Age, it was worn by men and women alike. Indeed, these boots have been considered iconic in the 1960s in Britain. Well, its design is the innovation of Queen Victoria’s shoe-maker Joseph Sparkes Hall, who patented the design in 1851; though, their popularity grew in the 1840s and spread to the entire United Kingdom within the 1950s as well as 1960s. 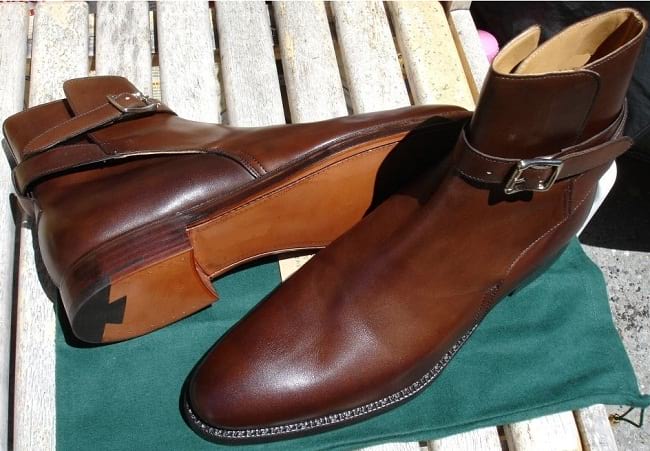 Designed as riding shoes having round shaped toe, Jodhpur Boots are low heeled with strap and buckle for fastening. But today, the designs have witnessed a variation with straps not wrapping around the complete ankle. Previously, these boots were manufactured till knees. It was after the advent of Jodhpur Pants in 1890 that the shoe height was reduced and kept till ankle only. Though the basic design was borrowed from England, the Jodhpur Boots were mainly worn by men riding horses. In these shoes, vamp is sewn over the top of the quarters. 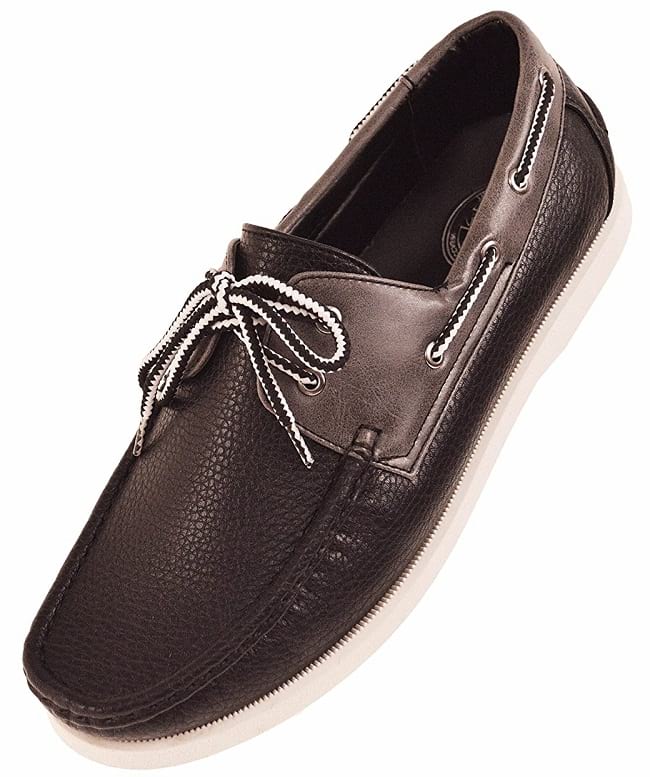 A rich form of leather having the burlesque design on full grain leather engraved by heavy rollers or a pebble-grain plate, pebble-grain shoes were quite a popular dress shoe. The etching process was a method often used for second- or third-quality hide. It can add rough style to less formal shoes like that of loafers or Derbies. Certainly, these were flawless for teaming with tweed. 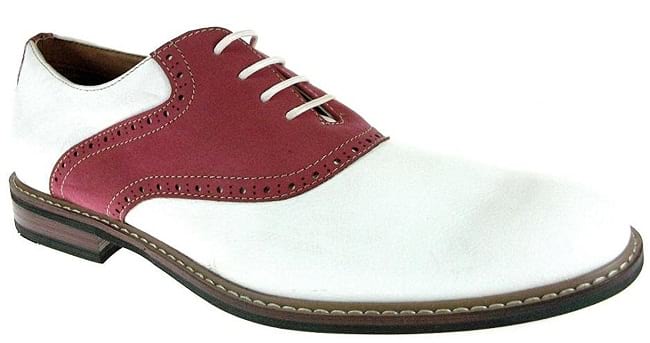 Type of an Oxford shoe, it is a low heeled casual wear possessing plain toe and saddle-shaped attractive panel positioned over mid-foot. These shoes were worn by men and women exceptionally. Definitely, saddle shoes were adorned well and for most of the time by Elvis Presley in 1957. Even Woody Allen wore such shoes for decades. And even Lucy Van Pelt of Peanuts Comic Strip wore Saddle shoes. 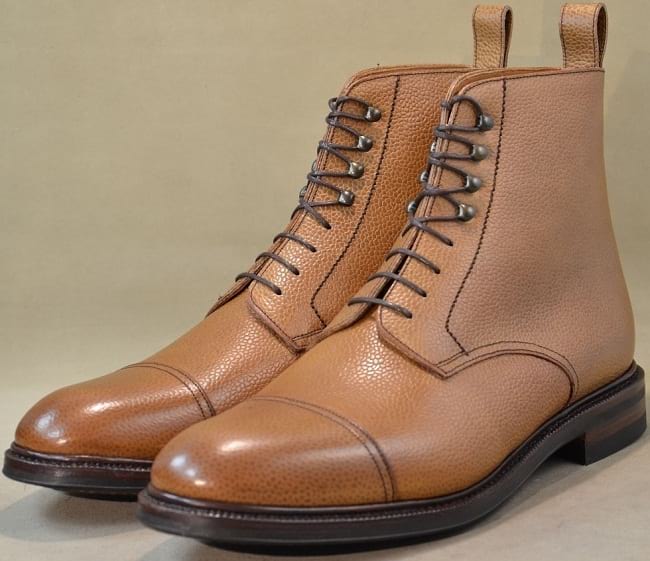 Balmorals are a type of Oxford with no layers. Apart from this, the toe cap seam descended to the welt that signified a stylistic boot with ankle-length height. It was originally articulated by Prince Albert as walking boots that could be worn indoors as well as outdoors. Along with Britain and many other countries, Oxford shoes got popular as balmorals.

Shoes are meant to stylize a man and add vivacity to his dressing sense. This is the reason that the above-mentioned shoes should form a part of their wardrobe; though, varied types of colors may be opted to match dress form. So, it is mandatory to take care of buying the right shoe type. While approaching a retail outlet, buying shoes that fit well should be considered. It is always advised to walk a little on wearing them for checking their comfort level. Apart from this, one should always go for high-quality shoes because investment in stylizing the appearance is not made on a regular basis.

With changing fashion terms, people can see alterations in the design of men’s shoes. But, this does not mean that the Classic ones are losing their impact. In fact, they stand to the “Must Have” ones in the wardrobe. When men invest in buying shoes, they are not just spending on a product; rather, such people invest in buying shoes to add value to the overall appeal. When it comes to combining shoes with dress forms, it is necessary to blend the right shade of shoes with the color of the dress form. In fact, careful choice makes a man be a well-dressed individual.